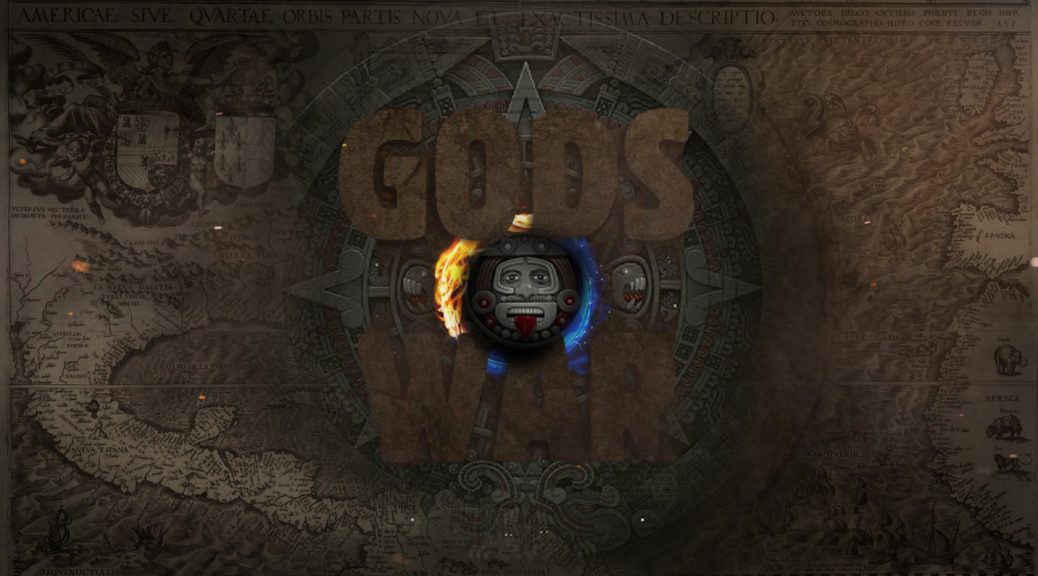 Hernán Cortés and his men departed from Cuba on September 11th, 1519 and embarked on one of the most extraordinary adventures in the history of mankind: the conquest of Mexico. In the following months, not only would they encounter different civilizations, walk through forests with new and strange plants and animals and eat exotic food and beverages; they would also engage in ferocious combats with the natives, suffer from new diseases and bear the harsh conditions of an unknown and sometimes hostile country.

On February 27th, they reached the island of Cozumel in the Caribbean Sea off the eastern coast of Mexico’s Yucatán Peninsula. When they arrived, they noticed that the inhabitants of the small and scattered villages had fled to the interior of the island, terrified by the sight of the ships. When Cortés sent two of his captains to find the population, they found and seized a native and asked him to find and bring the rest of the inhabitants with the promise that they would not be harmed. Some caciques returned, and Cortés knew from them that there were at least two other Spaniards kept as slaves on the peninsula, so he wrote them letters explaining they were on the island waiting for them. Jerónimo de Aguilar had been enslaved in Yucatán for eight years after surviving a shipwreck and was the only one who returned with Cortés. The other, Gonzalo Guerrero, was already married with a Mayan woman and had children with her; he wanted to continue living among the Maya. The result of Jerónimo de Aguilar joining the expedition represented a great benefit for Cortés because through him he would be able to communicate with the Maya and learn more about this unknown land. The expedition left Cozumel and on March 22nd they reached the Grijalva River in the present state of Tabasco. The natives there were hostile because they had already engaged in combat with Spaniards from a previous expedition. Cortés’ troops defeated the natives in the Battle of Centla, their first battle that allowed them to introduce horses as a new weapon. After this combat, the natives made peace with the Spaniards on April 15th and the cacique brought them several gifts that included food, jewels and twenty women to cook for them. Among these women was Malinalli or Malintzin, who was baptized as Marina, and Cortés gave her to one of his captains since he was already married to Catalina Xuarez. They embarked again on their journey and reached the island of San Juan de Ulúa on April 21st. That night Cortés and his troops contacted the first Aztec ambassadors sent by Moctezuma, and exchanged greetings and gifts. Since Jerónimo de Aguilar only spoke Mayan he could not communicate with the Aztec ambassadors, on this occasion Malintzin would jump onto the stage, because she knew how to speak Mayan and Nahuatl (the Aztec language), so Cortés spoke in Spanish to Jerónimo de Aguilar who translated it into Mayan to Malintzin and then she translated it into Nahuatl to communicate with Moctezuma’s ambassadors. This was the beginning of a very close relationship between Cortés and Malintzin and she would become essential as interpreter because she soon learned Spanish. The ambassadors told Cortés that they welcomed him, that they served the great Montezuma and wanted to know who they were, what they were looking for and if they needed something that they would provide it.  Two days later other Indians returned from a governor of Montezuma, they took them and put blankets over their huts to cover the sun, they brought Cortés presents of gold and a lot of food, Cortés thanked them and was told that another governor would come back with more. What Cortés gave them in return were things that they brought to rescue. The next day Governor Tendile arrived and took him to Pitalpitoque, after them went many Indians with presents and chickens, after this Tendile made three obeisances to Cortés and he welcomed them.

With these meetings, Cortés realized that Moctezuma ruled a large, powerful and rich empire based in Central Mexico. From that time on his mind was set on one thing: to reach TENOCHTITLAN, the heart of the empire and meet Moctezuma II in person. Cortés also made a large display of his forces and fired the canons, something that had a tremendous impact on the ambassadors; he had now shown the superior combat forces of the newly arrived foreigners to Moctezuma II.

The next morning, the Spaniards crossed to the mainland and founded their first, however rudimentary, settlement in a sandy area known as Chalchihuecan and named it Villa Rica de la Vera Cruz that would become Spain’s first political centre in Mexico. Hernán Cortés was now Captain General and he ordered his men to start building huts to shelter them from the intense sun and heat. However, there was not much to eat, the environmental conditions were very harsh and the mosquitos impossible to cope with. After the ambassadors from the Aztec empire left Cortés’ camp at Chalchihuecan, other natives who were in the vicinity but did not approach because they were afraid of the Aztecs, finally came to the encampment. The Spaniards noticed that they were different, using other kinds of clothes and ornaments and spoke a different language. However, some of them could speak Nahuatl and so Cortés learned they were Totonacs, inhabitants of Veracruz and under Moctezuma’s yoke. They were sent by their leader to invite them to their city: Cempoala.

The Totonacs guided some Spaniards to Cempoala, where Cortés learned from the local cacique that Moctezuma indeed was a despotic ruler who demanded higher and higher tributes every year and that the Totonacs were severely punished if they did not comply in time. This was a great opportunity to make new alliances, so Cortés promised them to free them from the Aztecs if they joined him, and so they did. The Spaniards’ army started to increase in numbers. While at this new settlement, Cortés heard that Diego Velazquez, the governor of Cuba, had been granted a royal decree that authorized him to conquer and populate the regions that were now being discovered by Cortés. In response he assembled his most loyal captains and decided to send ambassadors with great presents to the Emperor to gain his trust and validate their deeds. A few days after Cortés’ ambassadors had departed he found out that some of his men wanted to rebel by stealing a ship and returning to Cuba. To set an example to the rest of his men, he punished them severely by hanging two and cutting the toes off another. Cortés then began preparations for the journey into Central Mexico. He left a strong garrison in their newly founded settlement in Veracruz, and took a brave decision: to sink their ships to avoid another rebellion attempt to return to Cuba. He argued that the ships were no longer fit to sail and decided to dismantle them and kept all that could be useful: ropes, cannons, wood, even the nails!